What is the Cost of Living in Marbella? 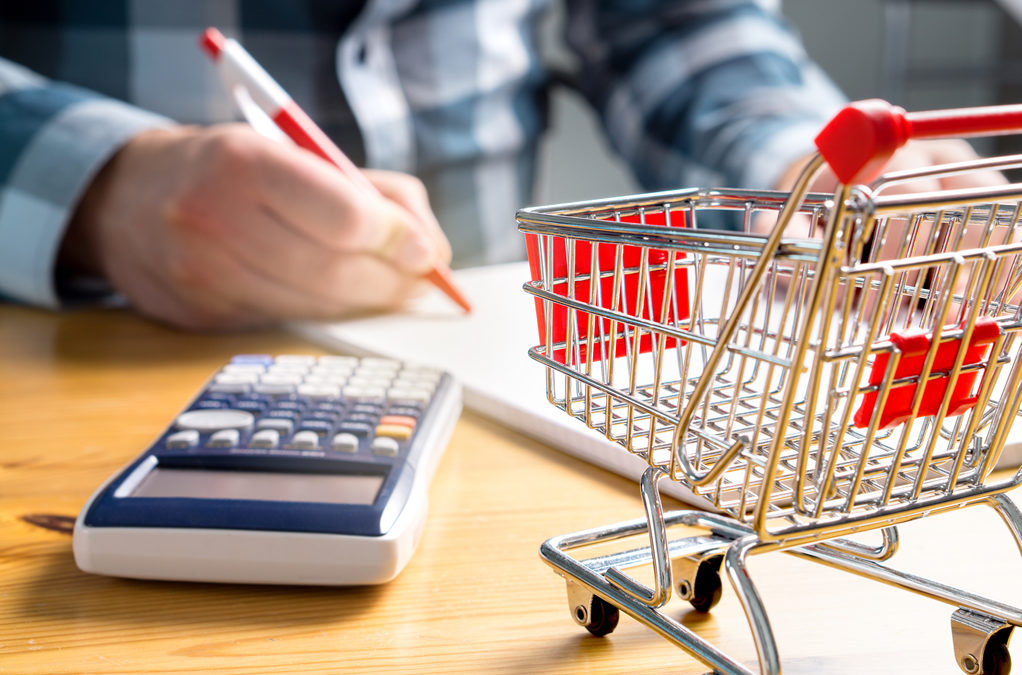 Living in Marbella is a very attractive option for anyone wishing to settle in Spain, as even though it is a town, it has all the amenities of a city as well as being situated on the coast with stunning beaches. Marbella is on the Costa del Sol, the south coast of Spain, and therefore enjoys a beautiful climate (with around 3000 hours of sun per year). Furthermore, the gastronomy is a delight to suite all palates, and it is conveniently situated close to Malaga Airport (under an hour by car), which facilitates its connection to the rest of the world. However, before you move there it would be a good idea to know what is the cost of living in Marbella and the Costa del sol, so read on and you will find out.

With regards to property prices, Marbella remains to be one of the most exclusive areas in Spain to buy property and therefore you will need to fork out a tidy sum to purchase a property there. Currently, you will be looking to pay on average €3070 per square meter, compared to around €2050 in Benalmadena, Torremolinos and Estepona, €2110 / m2 in Mijas and Fuengirola and €2550 in San Pedro. Although a brand new villa on the frontline of the Marbella Gold Mile can set you back a staggering 25,000€ / m2! However, it will be well worth the investment, not only because it is one of the most stunning and affluent places to live in Spain, but also because in recent years sales have been soaring in this area, to beyond pre-crisis levels (see below chart). Also, on the Costa de Sol prices have reported an increase of 9.9%, which was the highest in Spain, giving signs of a vibrant and healthy property market in this area specifically. This is compared to 4.6% in Barcelona, 4.1% in Valencia and Murcia, 3.7% in Alicante and 3.1% in Almeria. 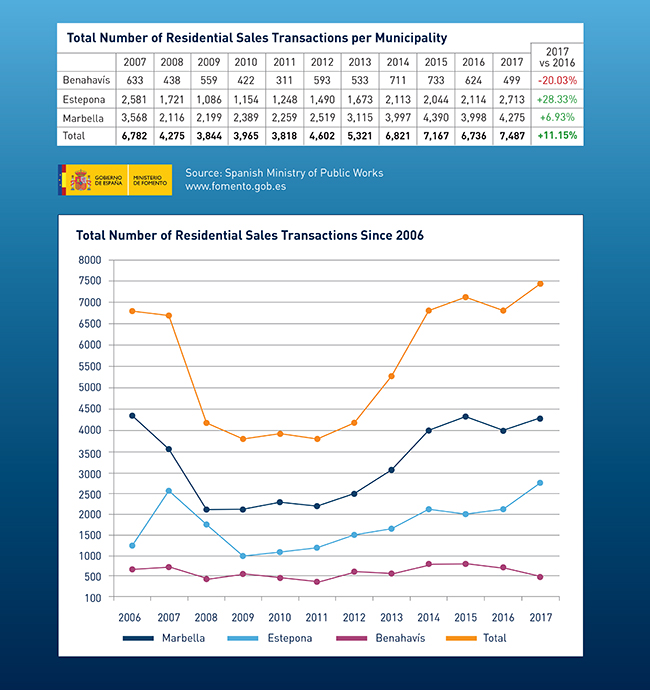 The average price of property rentals in Marbella

Marbella, with its 141,463 inhabitants is the second most populated municipality in the province of Malaga and the 8th within the entire region of Andalusia. Marbella doesn’t only offer a very attractive place for Spanish people, but it is also one of the most preferred spots for expats to use as their second residence. For this reason and its un-doubtable touristic attraction, rental prices are experiencing a constant increase.

This growth has caused rental properties in Marbella to become the highest in the province, and even Andalusia, together with Torremolinas and Benahavis with the average Price being 10.5€, 10.2€ y 10.1€ per m2 respectively. On the other hand, in Fuengirola, Estepona, Benalmadena and Mijas, the prices are slightly lower (8.8€, 8.6€, 7.8€ and 7.6€ per m2 respectively) up to Vélez Málaga, where the price per meter drops to 4.9€. This is the average price, but it is certain that in terms of the Marbella area it can vary greatly depending on whether you want to rent in a more exclusive area such as Puerto Banus, where an apartment of 65m2 can reach up to 2,100€ per week. For this reason, more and more people are deciding to buy property in Marbella, not just as the primary residence or holiday home, but also as an investment, as it can offer a very good return.

Now that we have established that Marbella is one of the most exclusive areas in Spain, it doesn’t necessarily mean that you need deep pockets to live in the town. It all depends where you want to live and the type of lifestyle you wish to choose.

The cost of groceries in Marbella

One of the main advantages of living in the Malaga province of Spain is the possibility to enjoy grocery-shopping prices at a much lower rate than most other Spanish cities such as Madrid, Barcelona or Seville. For example, the price per kilo of chicken would usually be between 6.4 and 7.4€; a litre of milk between 0.7 and 0.8€; a dozen eggs around 1.8€; a loaf of bread around 1€; and a half kilo of tomatoes around 0.5€. As you can see these prices seem standard, if not cheap compared to some northern European counties. Also, if you follow tips such as consuming local produce or avoiding the large chains, and instead use markets and trade stores, you will save a good percentage on your weekly shop.

It’s important to note that Andalusia is one of the main agricultural sectors in Spain, so you can easily fruit, vegetables and fresh meats at a good price if you select suppliers carefully.

The price of leisure in Marbella

Depending on what you want to do in your free time, you will find some much more affordable prices compared to the other main Spanish cities, such as Madrid or Barcelona, so there are plenty of options to suit all tastes and budgets. It is not the same eating at a ‘chiringuito’ or beach restaurant in San Pedro, or a traditional tapas bar in the town centre, where you can pick up a meal for around 30€ per person compared to going to a beach clubs such as Nikki Beach, Ocean Club or a more exclusive Marbella restaurant such as three Michelin starred Dani García, where the price per head will be around 120€ or more. Again, drinks can be pricey depending on where you go. For example at a beach club or frontline bar in Puerto Banus you can expect to pay around 10€ for a spirit and a mixer, or 8€ for a beer or a glass of wine, whereas you can order the same for half that price if you find a nice pub in Marbella’s old town for example.

If we put into perspective the cost of living in Marbella compared to other European capitals, we find that living on the Costa del Sol is 43% cheaper than living in London, 39% more economical than living in Paris and 23% more affordable than Berlin. Consequently, we can summarise that the province of Malaga is very attractive if you have the same buying power as average European, so the difference in price means that you will achieve a much better quality of life.