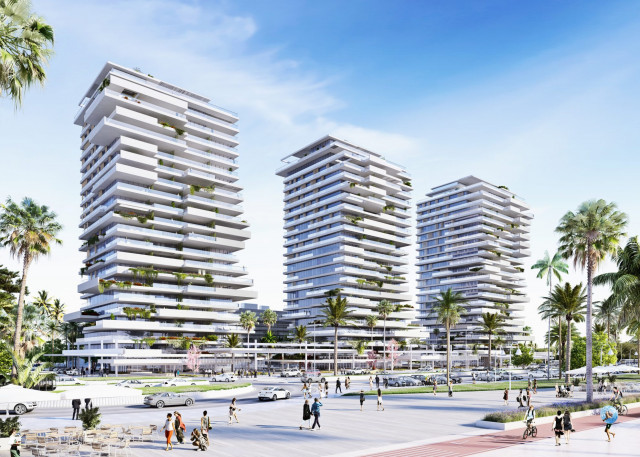 Operations rose 5% in 2018, with an average of 88 per day – the fourth largest volume after Madrid, Barcelona and Alicante, which is an interesting statistic showing that the Malaga real estate market is continuing to grow.

Home sales in Malaga in 2018 increased 5% over the previous year, with a total of 32,438 transactions, according to data published this Tuesday by the National Statistics Institute (INE). With this figure, transactions rise for the sixth consecutive year and mark the highest record in the last eleven years, with an average of 88 home sales per day in 2018. To find a higher annual number of operations we must go back to 2007, the last year of the real estate boom, when in Malaga 42,386 homes were sold.

Sales in the province continue to be based on second-hand flats (26,413 homes), which account for 81.5% of total transactions. In contrast, new housing (6,025, the remaining 18.5%) still represent a very small rate because although the sector. Since late 2014, building new housing developments has begun (especially in the capital and on the western Costa del Sol) and many of them are still under construction and have not yet been put on sale in the market. In any case, the sale of new housing, after a long period of decline, is clearly rebounding, after rising almost 15% in 2017 and now in 2018 it has increased another 11%.

Fernando Encinar, head of studies at the Idealist portal, says that the double-digit rise, above 515,000 units, may mean that the country is approaching the top of the cycle. “Thus, it is possible that in 2019 if the European Central Bank (ECB) initiates the process of rate increases it will have a direct impact on the number of purchases and sales, which will make the slowdown process accelerate even more”, he added.

Taking only the data for the month of December (2,164 sales in Malaga and 33,831 in Spain), it appears that the controversial decision of the Supreme Court on the tax on Documented Legal Acts (AJD), adopted in October and then rectified, has not had too much effect on sales.